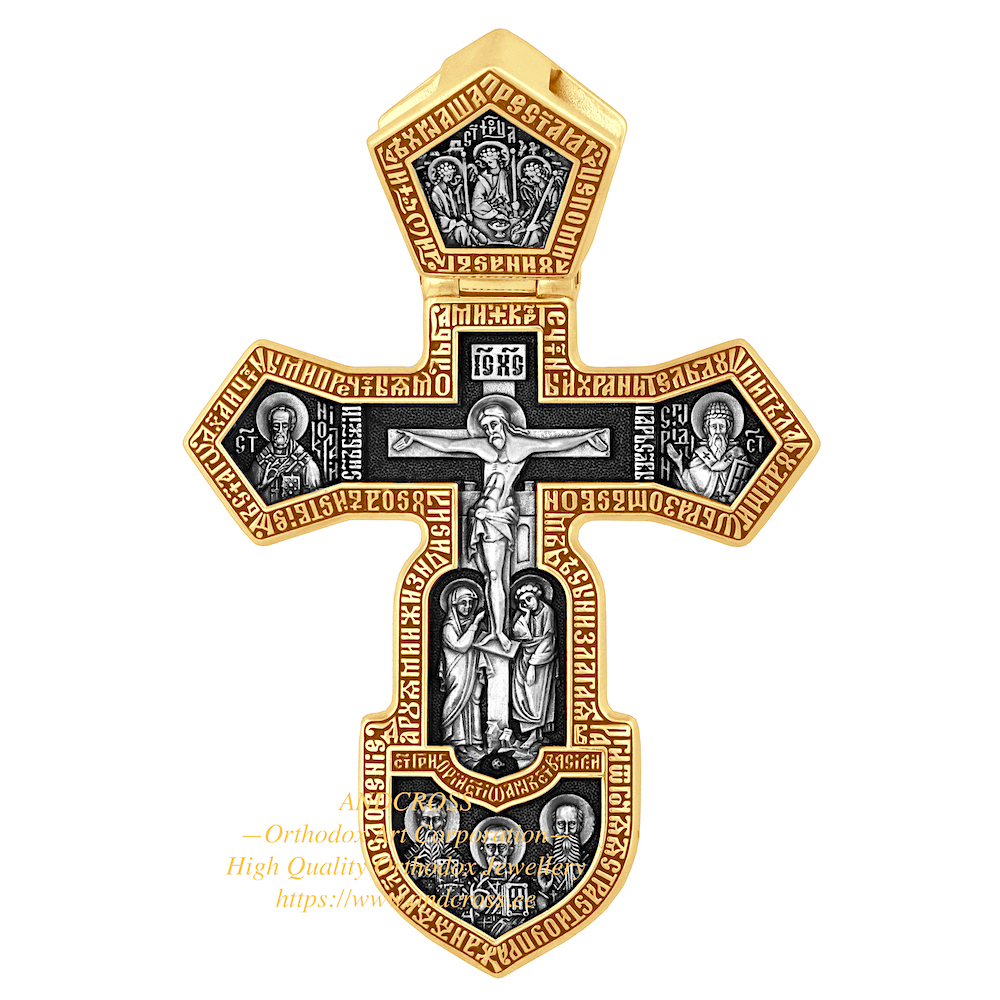 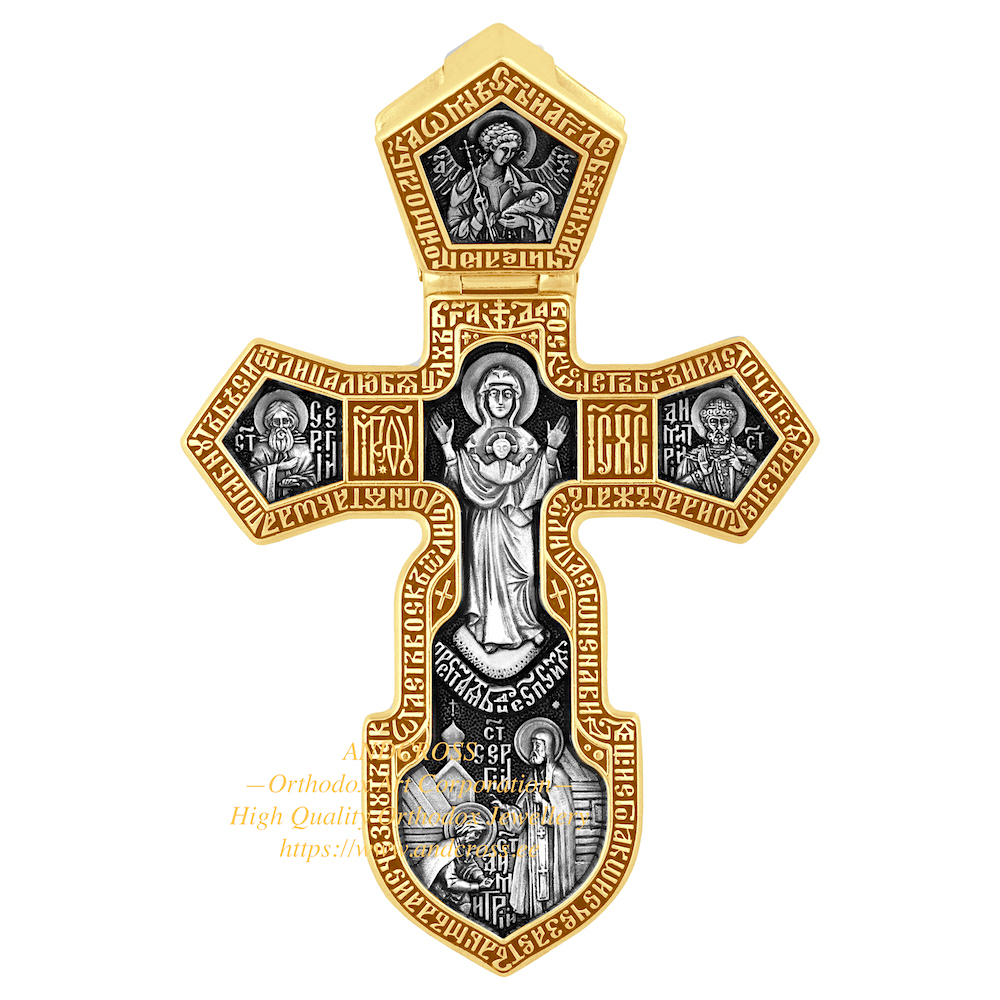 The Cross the Crucifixion of Christ. Michael the Archangel. Nicholas the Wonderworker. Our lady of Kazan
€199.00

The Great Miraculous Christian Orthodox Silver Icon – The Saint Panteleimon The Great Martyr and Healer 21×28 Gold and silver version. B368
€200.00
DESCRIPTIONREVIEWS (0)WARRANTY AND DELIVERY
Military or men's crosses usually have a form of an anchor. This is due to the Apostle Paul’s saying about hope for the soul, which is the same anchor. It is this bright feeling that supports people in the most terrible moments.

The appearance of the Cross

The military crosses depict the following holy fathers:These images are located near the center. All three holy fathers lived in the fourth century and left behind many manuscripts on ecclesiastical and philosophical topics. On the ear is a famous icon called “Trinity”. It is surrounded by a prayer for deliverance from sins and vices. The front depicts the Mother of God and John the Evangelist. Jesus Christ was more attached to him than to the other apostles. There is also the Crucifixion. On the sides you can see Nicholas the Wonderworker and Spiridon of Trimifunt. These saints help the sick ones. Moreover, they have long since patronized merchants and travelers. Thanks to the prayer for deliverance from grief and dark passions, the cross is able to protect its owner from all evil. The Mother of God on the back of the cross prays for the salvation of mankind, raising her hands to heaven. Above – an Angel, guarding against troubles. Carefully, so as not to drop it, it carries the human Soul. Next to it there is a prayer to the guardian angels. On the back side, in addition to the Mother of God, the infant Jesus and the Angel, you can see Russian Orthodox saints: Sergei Radonezh and Dmitry Donskoy. Sergei Radonezhsky was the one who founded one of the most famous monasteries in the Russian Land – the Troetsko-Sergiev Lavra. A variety of people came to his holy monastery: poor peasants, nobles and princes. It was Sergei Radonezhsky who blessed Dmitry Donskoy shortly before the Battle of Kulikovo. The moment of blessing is captured at the foot of the cross. The paintings on the back side are also framed with a prayer. This is an ancient text "On the Resurrection of the Lord", which protects from adversity. The cross is called a military cross for a reason. After all, it depicts Dmitry Donskoy, who defended the Russian Land from enemies. Sanctity in Russia has been associated with a military feat since ancient times. A man who gave his life for his friends and country on the battlefield was elevated to the rank of a saint. And Russia is justly called Holy. After all, it was the Russian soldiers who protected many peoples from invaders and conquerors. They were helped by faith in the Savior, love, and selflessness. The military cross was a shrine that hung around the neck of almost every soldier and protected him in battle.
0 reviews for Cross Russian Military Cross 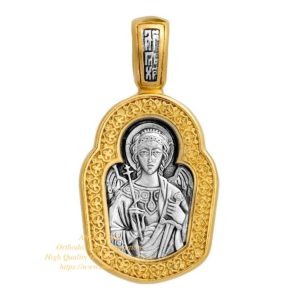 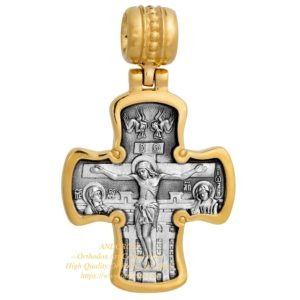 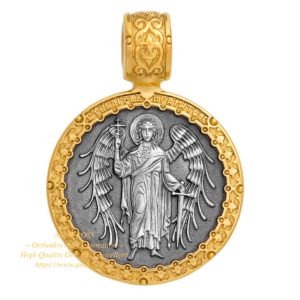