Home / Blog / About the life and miracles of Saint Spyridon 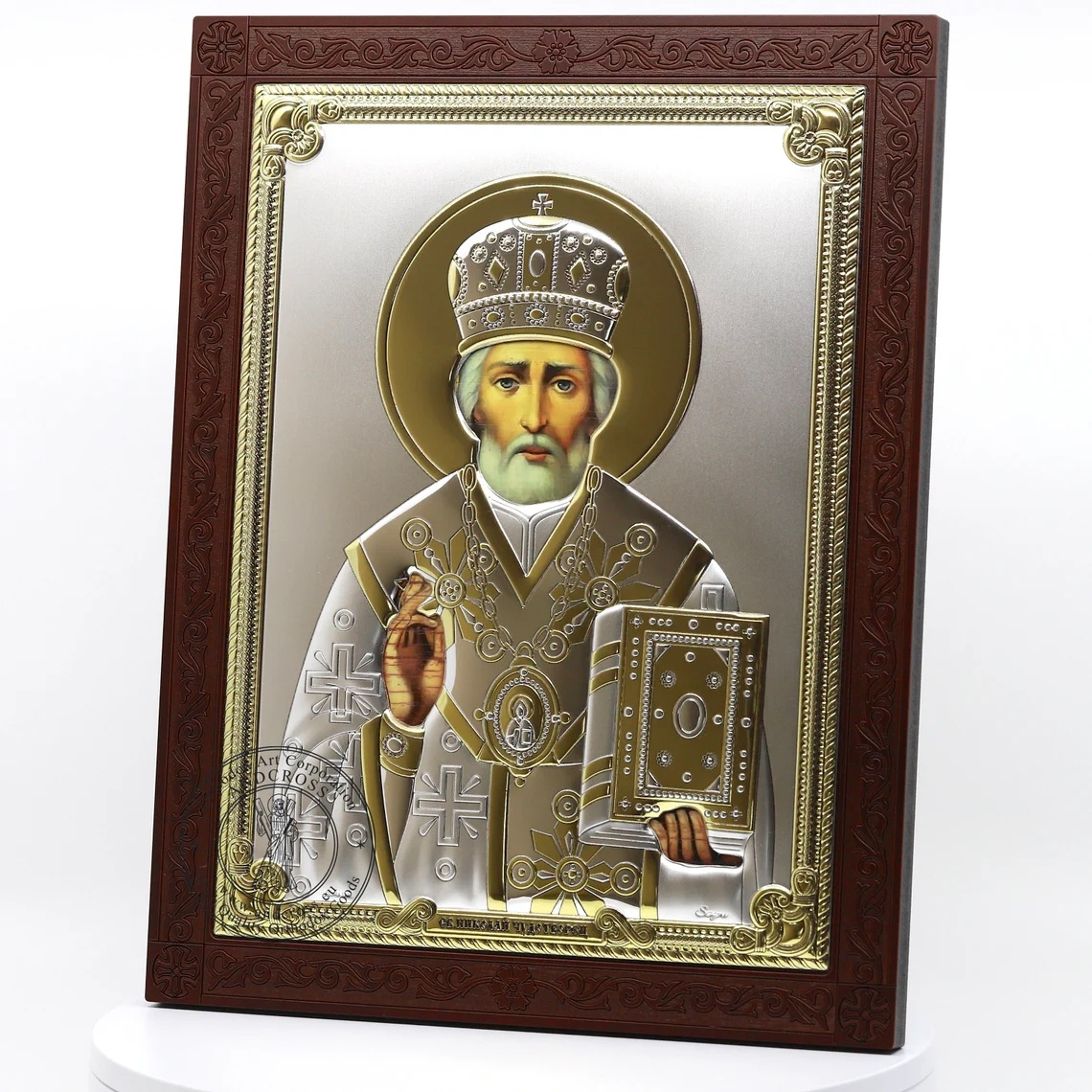 In Christianity, Saint Spyridon is revered as much as Saint Nicholas. Spyridon is a patron saint and a defender of Corfu – the island where his relics found their resting place. During his life as a shepherd and monk, he led a simple and modest life: didn’t speak or eat much. Asceticism in everything was his main motto. By this attitude, he showed the faithful Christians that an honest heart and firm faith work wonders.

Spyridon is known as the “walking saint” because he used to travel a lot. The saint was able to convert many pagans to Christianity. Nowadays, he is deeply revered in Russia, Greece, Eastern Europe, and the Baltic States, and venerated by both Eastern Orthodox Church and Roman Catholic Church.

For his numerous miraculous deeds, the saint got the name “Wonderworker”. Even after his death, he continues helping people in need. Sincere prayers in front of his icons allow people to find a way out of many difficult situations. The images of the saint can be found in almost every Orthodox church.

How St Spyridon is depicted

There are multiple depictions of Saint Spyridon – on some icons, he’s painted in full length, on the others, in waist length. However, some distinctive features can tell you that this is the right saint you are looking at. The monk is dressed in bishop robes and has gray hair. As a representation of his shepherd’s past, his head is covered with a woven hat made of straw.

In his left hand, he’s holding a Gospel Book. In some images, he holds a shard with a flame in his right hand with water dripping from it. According to one legend, he was trying to reason with a pagan philosopher by showing him a true miracle. The monk took a shard (other legends say it was a brick) in his hand, fervently prayed to Our Lord, and the shard burst into flames on one end, and the water was pouring down from its other end. Thus, he showed the unfaithful how three things can be one. This piece of pottery with three different entities represents the Holy Trinity.

Saint Spyridon acts as a shepherd for people who have lost their ways. He prays for all people in need and grants them food and shelter. In the past, people prayed to him to ask for good weather and an abundant harvest.

How the icon of Saint Spyridon the Wonderworker helps believers

Now, people seek St Spyridon’s protection in all kinds of lawsuits, especially if they were wrongly accused. A sincere prayer coming from the heart can help solve issues related to work, financial situations, business, problems with the property, and debt repayment. People turn to him when they are desperate to improve their financial situation or buy a new house. The saint hears everyone and helps those believers who have pure intentions.

The saint is revered by working people. You can turn to him to help you in finding a good job or become a more valued employee, to protect your business from competitors, or save you from being unfairly fired.

If having the icon of Saint Spyridon the Wonderworker at home, you can turn to him with your requests as often as you need. According to the legends and stories described in Byzantine literature, he became famous for healing and resurrecting people. You can pray to him for health – and ask for the well-being of yourself and your family. Remember that prayers that you say out loud are the strongest!

You can order a silver-plated icon of Saint Spyridon the Wonderworker for yourself and your close ones. The Andcross Orthodox Workshop Store offers you high-quality goods that will serve for generations and can become a family heirloom. Moreover, the protection of the saint in financial-, health- and business-related situations will always be with you.